Credit Union of America wanted to create an online marketing campaign in order to promote their auto loans for a two-day flash sale during leap year 2020.

Leading up to the sale we created Facebook and Google Display ads that built anticipation of the upcoming flash sale and led people to a website landing page where they then signed up to receive an email reminder when the sale had begun.

During the two days of the sale, we switched out the Facebook and Google Display ads to retarget people who had visited the landing page in addition to people in the audiences we had pre-selected and announced to them all that the sale had begun!

Here at PLAY, we created a plan that used advanced online marketing tactics, and custom-designed Facebook and Google Display ads strategically shown to the right audiences, in order to encourage them to sign up for an auto loan during the leap year promotion. We decided to create Facebook ads that spoke to different audiences, thus increasing the campaign reach.

The main problem was that the Flash Sale was only going to last two days, and we didn’t want people to forget about the sale before it began. PLAY needed to come up with a way to build hype out about the upcoming flash sale, and remind people who were interested in getting a loan to come back and apply during the days of the sale.

Since the sale was only a two-day flash sale, we needed to create a strategy to gain a hot lead list prior to the sale. We did this by producing Facebook and Google Display ads that gave people the opportunity to sign up for Flash Sale Reminders. They were then driven to a website landing page where they could sign up for an email reminder that would be sent out when the Flash Sale began to remind them to apply for an auto loan.

We decided to custom design six Facebook ads, six Google Display ads, and a series of emails in order to meet Credit Union of America’s expectations and create a successful campaign that would reach a large audience quickly.

“We had some awesome results with this campaign, and loans are still finalizing as we speak:

172 loans 4.4MM in volume on Friday/Saturday. We have nearly 300 applications still being worked. My guess is $8.5MM will actually fund, this is incredible and blows our Black Friday sale out of the water… For perspective, our entire three-month auto challenge goal is $60MM.” 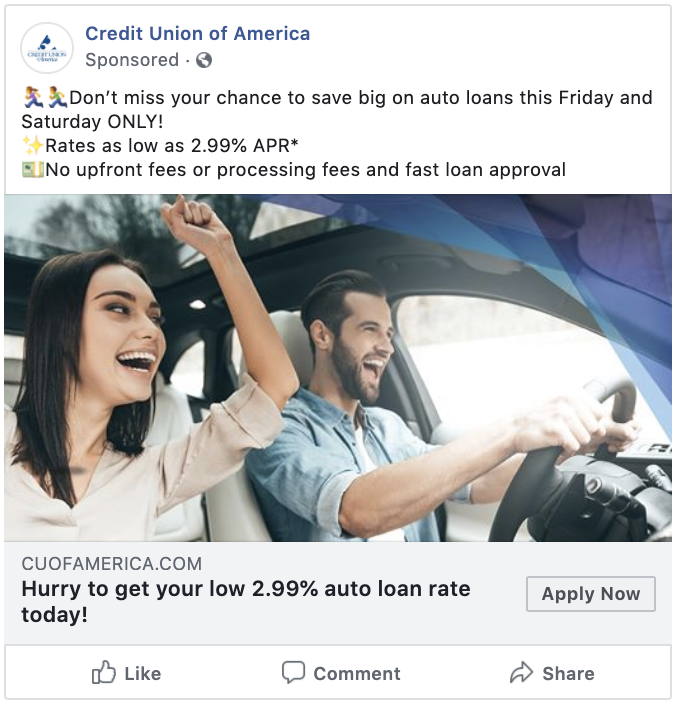 Our strategy to find a solution to Credit Union of America’s problem consisted of the following phases:

By approaching the campaign with the 2 phases above, we were able to focus on one audience at a time and track the success of each ad in those audiences. The most successful ads were able to be identified and kept running after those specific test periods. 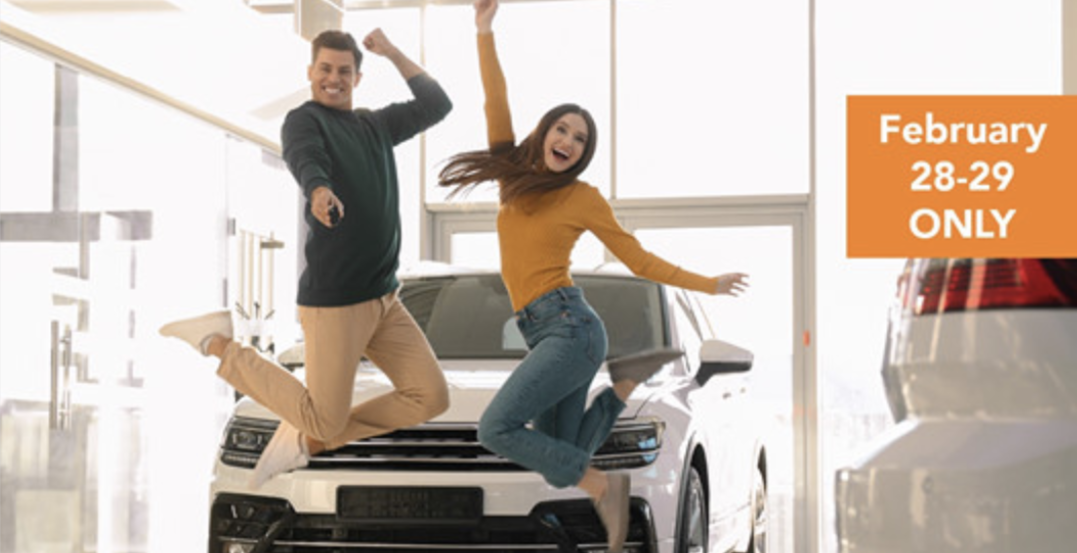 With a reach of over 30,000 and 62,000 impressions, the leap year campaign was a great success for Credit Union of America. The final amount funded exceeded the client’s estimate at 10.6 million. We continue to work with CUA today, creating campaigns with above-average conversion rates and a large reach. 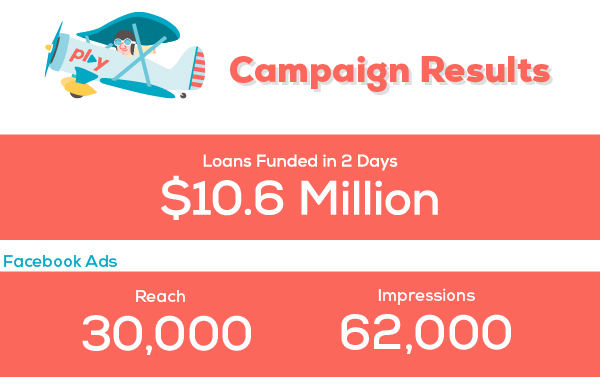 Let’s grow your business together!