Skip to content
The Ad Grid: A Semi-Scientific Method for Creating Ads

The Ad Grid: A Semi-Scientific Method for Creating Ads

Modern advertising has to balance creativity and data-driven strategy to be truly great. Executing an idea based on intuition or gut feelings just doesn’t cut it anymore.

Ads driven solely by unbridled creativity can be interesting, but they typically don’t perform well. Similarly, ads driven only by strategy might be more informative, but they easily become boring and forgettable.

But you don’t have to choose just one side. To strike a balance with creative work backed by provable performance metrics, we use a tool called an ad grid.

Avatars In the Matrix

The ad grid is designed to let you be as creative as you want with a campaign and objectively discover which creative elements will help you achieve your strategic goal. 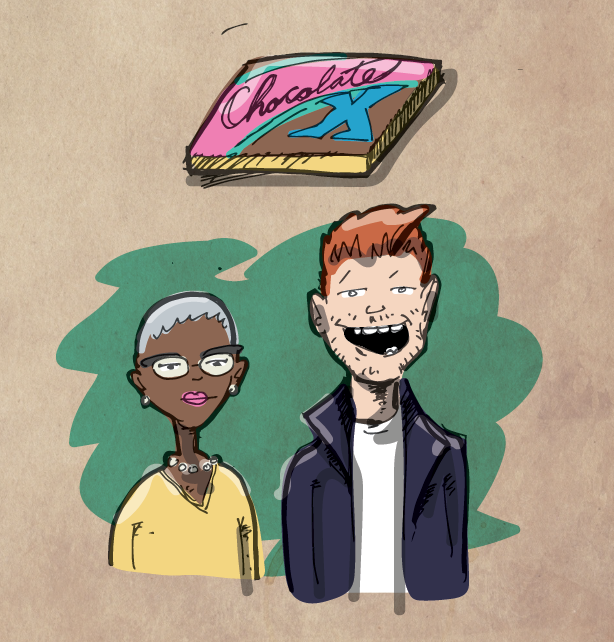 In an advertising campaign, our ad grids have two axes; one with a known quantity and one with a creative variable we want to test. That known quantity is almost always made up of sub-groups of our target audience, or “avatars.”

For example, if Chocolate Company X is creating a campaign to sell candy bars to 18-45 year olds, we would further break that target audience down into more specific subsets. This step is important because 18-24 year old men respond differently to advertising than 38-45 year old women, for example. Each sub-group will get their own row on the grid.

Dividing demographics into these avatars or sub-groups is especially helpful when you want to market to distinctly different groups that have little or no common ground (other than being a good fit for your company’s products or service, of course). A recent campaign we ran here at PLAY targeted two small yet distinct demographics; school lunch staff and school superintendents. Basically, the only thing these two groups have in common is working under a school district umbrella.

Breaking audiences into these smaller subsets helped us easily identify certain messages that resonated with each particular group, and which messages resonated with both groups.

A recent campaign we ran tested a very specific design variable; photo graphics versus illustrated vector graphics. In another campaign’s ad grid, we tested messaging only in order to find out which resonated the most with our audience.

Each cell in the grid is a framework for a very specific ad that will be tested. And once every cell is filled out, the testing can begin…gladiator style.

To kick off the test, two cells are chosen, and ads are developed for each. How do you choose where to start, though? The truth is that choosing the first two cells to pit against each other is probably the least “scientific” aspect of the test. In other words, it’s the one time we go with our gut in this process—by choosing at random. In a true ad grid test, each cell will be tested at some point, so the starting point doesn’t matter much.

Chocolate Company X might start with an ad derived from one cell that targets 25-32 year old men with messaging about their chocolate being 10% lighter in calories than Hershey bars. They’ll develop that ad in full and deploy it to the mid-20s dudes it’s meant for. The opponent cell might target 18-24 year old women with messaging focused solely on how delicious Company X’s chocolate is. An ad will also be developed for this cell and deployed to its respective audience, and both ads will run for a set amount of time (usually two weeks) through the same channels.

The importance of proper tracking methods really comes to light once the test begins. In fact, the ad grid is basically worthless without a way to precisely track how each ad cell performs. It’s also why digital ad campaigns work so well with the ad grid—every click can be tracked. If you don’t define what constitutes “winning” in an ad grid test, you obviously can’t determine a winner.

After the first testing period is over, you’ll know exactly which of the two ads performed better (based on the success metrics you established before the testing) and declare a winner. And since the ad grid uses street ball rules—winner stays. A third cell is then developed into an ad and tested against the winner of the previous round—and so on.

The goal of the ad grid battle is to identify the top-performing ads, then scale them with bigger ad spends to maximize reach.

You’ll be tempted to cut the test short if you find an ad halfway through the test that clearly outperforms its competitors, Resist the temptation! The ad grid is designed to remove gut feelings from the equation and identify effective ads in a semi-scientific way. Don’t let your intuition get in the way by cutting the test short when you “have a feeling” that you’ve found the best ad halfway through the process.

This came into play for us when running a digital campaign for Unite Private Networks using the ad grid. Even before starting the campaign, we were all confident that we knew which messages would perform best in the campaign, and our client even agreed. However, despite our gut feelings, we stuck with the ad grid test process.

As you can probably predict, our gut feelings weren’t exactly spot on. Our test revealed that our most effective messaging came from a cell in the ad grid that no one thought would work well.

Even the best tracking tools are worthless in the ad grid if you don’t define success before the testing begins. Is your campaign’s goal to generate sales? Find new customers? Create leads for salespeople? Grow brand awareness? Elicit donations? The ad grid can get you closer to all of these things if you know where you’re going.

Going even deeper, there must be a way to tie the success of an ad to the success of a goal. For example, if Chocolate Company X has a goal of generating sales, it’s not enough to call a simple click a success. If an ad derived from one cell gets 500 clicks and 11 sales while another gets 200 clicks and 20 sales, which one is the real winner?

Instead of using gut feelings to try to find the right balance of creativity and clarity in ads, we let proven data do the talking.

Want to learn more about the ad grid and how you can use it? Fill out the quick form below to get in touch. We’re eager to tell you more.